What is a startup?

By DSH AcceleratorJanuary 18, 2022Resources
No Comments 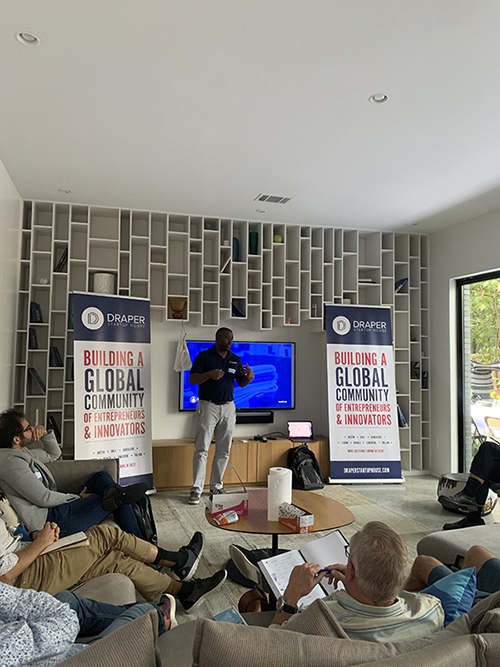 What is a startup?

Definition of a Startup

A startup or start-up is a company or organization in its early stages, typically characterized by high uncertainty and risk. Startups are popular because they offer the potential for significant returns on investment. They’re also disruptive as they challenge conventional ways of thinking and doing things, and offer novel solutions.

The goal of a startup is to present new ideas and approaches that may eventually change or disrupt entire industries — think Uber and AirBnB, which significantly changed the ride-hailing and hospitality sectors.

According to the modern dictionary, the definition of a startup is “a newly defined business.” But this is much too generic an explanation; what a startup is goes well beyond these terms. In fact, the origin of the word startup actually meant upstart, which is much closer to its meaning. The first known usage of the word was in 1550.

In modern day usage and in reference to businesses in particular, the term startup was made popular by a Forbes article in 1976; the article referenced a high tech startup company.

How Is a Startup Different from a Large Company or a Small Business?

Though the definition of a startup has become hazy over the years, with many new businesses believing they’re startups simply because they’re a new business, a startup is actually quite different from a company or a small business. Startups tend to focus on one product or service and look to scale quickly, as well as disrupt the market. A startup envelops a temporary business model, focused on top-end revenue and rapid growth.

Growth is one of the main differentiators between startups, small businesses and established companies.

This aspect of growth also differentiates a startup company from larger companies. Startups tend to grow organically by introducing a new product or service rather than through acquisition.

Another way in which startups tend to differ from large companies or small businesses is in how they’re financed.

When startup founders need funding, they’ll look to investors, such as venture capitalists, whereas if a small business or an existing company needs funding, its owner will typically get a business loan. Check out our article on startup funding if you’re interested in learning more about the types of funding available to startups, and when the best times are for a startup business to seek funding. 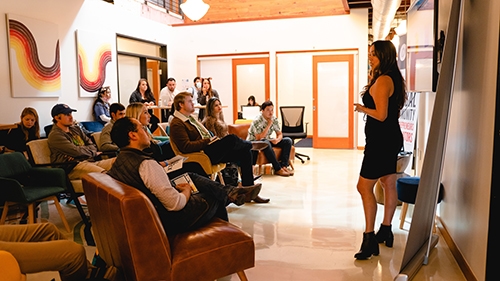 Are Startups Only Tech?

Many people think all startups are tech startups; this is not true. Though there are many technology companies that are startups, startup companies can be found in all industries. In fact, in the U.S., retail e-commerce is the most popular industry for startups. And the most successful industry in the U.S. in terms of startups is healthcare.

What’s more typical is that a startup is innovative. Even though a startup may not be a “tech” company, often startup companies do use technology to help them disrupt their industries.

Why Is a Startup Risky?

A startup is a business that has increased risks associated with it, because it lacks two things: a historical model for their business and resources.

Because of their disruptive nature, most startups don’t have historical business models to follow for their business. Their products and services tend to be new and novel, which is sometimes great, but this also makes them inherently more risky.

In its early stages, startup firms will often lack the fundamental resources to get their business off the ground; these fundamentals include adequate capital and equipment.

Because of its higher level of risk, a startup also tends to seek different types of funding than a company or small business, looking mainly for funding from venture capital firms and angel investors, though more alternative funding sources have become more prevalent in recent years.

How Many Startups Fail?

It’s estimated that about 90% of startups fail, with approximately 10% of those failures occurring within the first year. The majority of startups fail during years 2-5 (about 70% fall into this category).

Although less startups fail in their first year, overall, they fail at a rate 20% higher than small businesses. This makes investing in them more risky in general. It’s also why some vc firms and angel investors prefer not to invest in early stage startups.

Why Do Startups Fail?

Startups often struggle to raise capital. In fact, financing is actually the biggest reason startups state for their failure. Even startup companies with great teams and connections can run into these issues. Unsurprisingly, running out of funding became the most prevalent issue for a startup’s failure during the Covid pandemic.

The second biggest reason startups fail is because they misread the market. Sometimes this is due to a startup being ahead of its time. Other times, it can just be due to being wrong about how the market will respond to their service/product, or if there is even a desire for the product/service.

Some recent, notable cases of this include a company called Quibi:

Quibi launched in April 2020, after raising $1.75 billion. Quibi was a startup that provided short bits of video content, about 10 minutes long, and was aimed at younger audiences. The company had a difficult time gaining and maintaining subscribers and growing their customer base. Within 6 months of launching, Quibi shut down, having vastly overestimated the desire for such a product. In the end, they sold their content to Roku for roughly $100 million.

Other common reasons startups fail include having weak founders and being beat out by competitors.

How Do You Prevent a Startup from Failing?

Though there’s no sure way to prevent a startup from failing, there are certain things you can do to give your startup a greater chance of success. One of those is attending accelerators. According to research by the Harvard Business Review, the University of Washington’s Foster School of Business, and others, attending a good startup accelerator can increase a startup’s chance of success.

An accelerator will provide a startup with mentorship, connections, and a better understanding of the challenges they face, and how to meet those challenges head on. One of the key elements researchers found was that the startups that attended good accelerator programs had a much better chance of getting funding later down the line.

What are examples of successful startups? 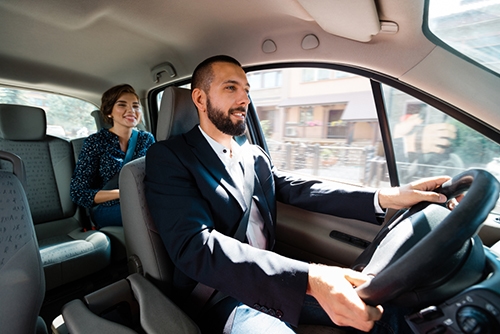 One example is Uber, an app which became extremely successful after being first introduced in San Francisco in 2011. After launching the app, it only took one month before more than 20,000 people had downloaded it, and almost 100 drivers were registered for their service.

Airbnb was another huge success story. It became popular after allowing users to rent out spare rooms or spaces for short periods. This wasn’t a new idea, but by using the internet as an advertising platform, it allowed people worldwide to start earning money from their home, while giving others the chance to experience new destinations.

It’s been estimated that if you can successfully launch your startup as an app on both iOS and Android platforms, then there is potential for $100 million in revenue within five years.

To make an app successful, it’s important that it offers something different and fills a need in the market. Snapchat was a great example of this, as it allowed users to send messages which then disappear after a set time period. This was seen as an interesting alternative to other messaging apps at the time and rapidly grew in popularity, especially among younger generations.

It’s also important not to be afraid of change and to be willing to adapt your business model if needed. Facebook initially was only available to college students. It then expanded its reach by allowing anyone over the age of 13 to join and eventually became the largest social media platform in the world.

The takeaway here is that a successful startup requires hard work, creativity and a willingness to pivot if needed. It’s also important to have a great idea but this is not always enough – the execution of that idea is key. So don’t be afraid to experiment and see what happens – you never know where your entrepreneurial journey might take you!

What Do Successful Startups Have In Common

There’s one more thing that all successful startups have in common: they work very hard.

How Do You Launch a Startup? 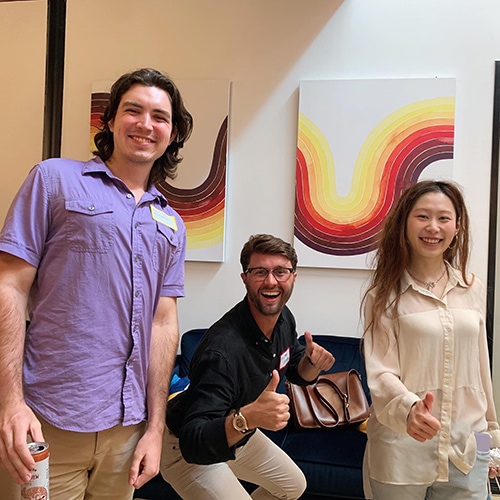 Launching a startup company isn’t an overnight event. If you’re serious about launching your own startup, you should initially do some research to determine if the idea has already been done. Remember, startups disrupt industries, so your idea will need to at least be a new approach or different in some way to what’s already out there in the market.

Do market research and do as much of this as you can. Although there is no guarantee as to whether a startup will be successful or not, market research can give you some insight as to how your product or service may fare and help you develop a stronger business strategy.

If you don’t have a lot of expertise in the field yourself, consider teaming up with those that do. Knowledge and experience can make investors feel more secure when they consider whether or not they want to invest in your business venture.

You’ll need capital. The truth is most startup founders are the first source of funding for their own business, followed by friends and family. So be prepared to knock on those doors first, while your business is in its initial stages.

When you’re ready to start looking for outside investors (check out our guide to startup funding and when’s the right time for startups to secure funding here), you should first develop a business plan/pitch deck that you can send to investors. (For help with this, see our article on tips for creating a great pitch deck.)

As you’re raising capital, you may also want to consider online equity crowdfunding sites, such as republic, seedinvest, and angel list.

Consider applying to an accelerator program or an incubator, as we mentioned earlier. Read our article about some of the key differences between accelerators and startup incubators.

Although starting a new business can be challenging (sometimes more challenging for startup companies), it can also be unbelievably rewarding. The startup world is a rewarding one, and owners of successful startups are visionaries, and often some of the most respected people in the world. Your entrepreneurial journey is bound to be an exciting one.