Saturn Five is a venture fund that launches, builds, and grows great companies, who believe business is an adventure. At Saturn Five, they often like to describe their work as capturing opportunity and then adding momentum. Their company loves to help ideas, companies, and people get to bold new places through founding breakthrough startup ventures, finding opportunities for innovation and value-creation where some might just see an intractable problem. And how do they do that, you might be asking? By owning and operating Main Street service companies that elevate people’s lives and enhance communities. Their daily commitment is to lead enduringly profitable businesses that hold for the long term. But they define true success by the value that they generate, the betterment of the people they serve, and the good they create beyond themselves.

Trevor Boehm and Evan Loomis are two hardworking Saturn Five members, who we often get to see in the DSH Austin workspace! 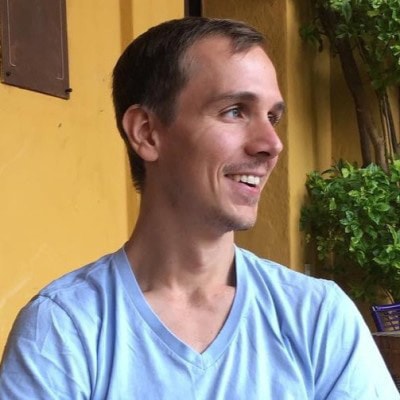 Trevor began his career as a writer, working among the immigrant and Native American communities in Texas and Montana before he found his way into entrepreneurship. He’s a serial founder and a former Managing Director with the global accelerator Techstars. At Techstars, he invested in 45 companies, led a program in partnership with the Amazon Alexa Fund, and worked on their first accelerator for mission-driven companies. He is interested in the intersections between personal, team, and company growth and is the author of the recently released book, Levers: The Framework for Building Repeatability into your Business.

Evan Loomis began his career as an Investment Banker on Wall Street. From there, he co-founded Wedgwood Circle, an angel investment group with a focus on the media and entertainment sectors. In 2010, he co-founded TreeHouse, the eco-friendly Home Upgrade Company disrupting the field of home improvement. In 2017, Evan launched a holding company called Saturn Five with the mission of building companies that matter. Unlike traditional VC firms, Saturn Five designs and launches companies from scratch, working hands-on in the early stages to launch and scale companies.

Evan Loomis has been an entrepreneur for more than nearly 20 years and most notably as the co-founder of ICON where he currently oversees business development for the Austin-based startup that develops advanced construction technologies that advance humanity. 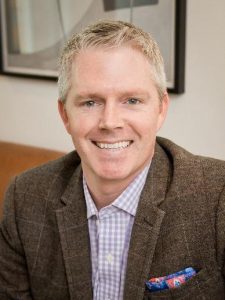 ICON has been named one of the “Most Innovative Companies in the World” by Fast Company and is continually setting new standards for delivering resilient, dignified housing at high speed and lower cost. Raising $59 million to date in funding, ICON has delivered communities of 3D-printed homes in the U.S. and internationally and forged partnerships with world-renowned architects, builders, and housing organizations whose mission-aligned to shift the paradigm of homebuilding. In fall 2020, ICON was awarded a research contract through the Air Force, which included funding from NASA to begin research and development of an off-world construction system planned to support future exploration of the Moon and beyond.

At Draper Startup House Austin, we have the opportunity to provide workspaces for local companies and workers all over Austin. Something that truly makes DSH special, is the community that is created within these colorful walls. The diverse and productive work that is being done, is a motivation for not only us but for others as well. We wanted to find a way to highlight the incredible people who use our space and what it is they are accomplishing.

It is important to appreciate and celebrate our fellow entrepreneurs and what they are accomplishing. By sharing their hard work and a little bit of their story, we hope it will encourage you to do the same. We are so thankful to work in an environment that creates opportunities of not only hard work, but relationship building as well. It’s extremely rewarding learning about other companies that are working to help the future of entrepreneurs in Austin and how they continue to inspire others.